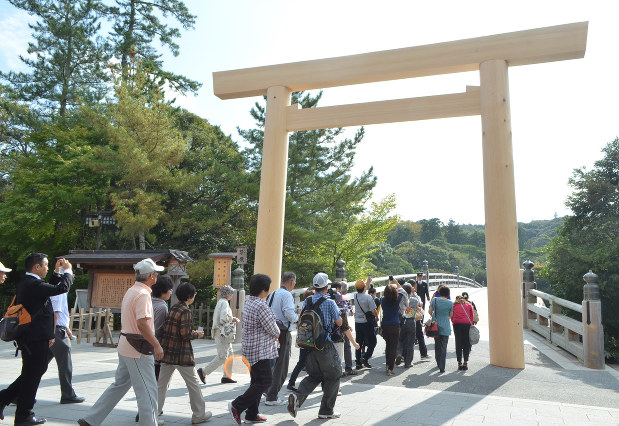 Toba. Ise. Not exactly names rich with mystery and adventure. Kyoto has its dark lanes and cobbled back alleys, where one might catch a fleeting glimpse of an ethereal white face resplendent in a shining kimono. Osaka is the land of a thousand flavors, noises, smells and possibilities. Ask people to give their image of Toba, though, and the answer will probably come in the form of a blank stare.

It’s a shame, because this seaside city and its neighbor, Ise, make for one of the nicest little trips the Kansai region has to offer. Both lie on the Kii Peninsula in Mie prefecture, within easy reach of Osaka, Kyoto and Nagoya. So why not make a weekend out of it? Allow a day for each and you should go home fully satisfied. Here are a few of the main attractions…

For being the most important sacred site in one of Japan’s most important religions, Ise Shrine is remarkably unremarkable. The main problem is that the average visitors are not allowed into the most interesting parts of it, which are off-limits to all but high-ranking Shinto priests and members of the royal family.

There are actually two shrines. The Geku (outer shrine) dates from the 5th century and honors Toyouke no Omikami, the god of human necessities like food, clothing and shelter. The Naiku (inner shrine) is about 200 years older and is the formal home of Amaterasu no Omikami, the primary deity of the Shinto religion and the traditional ancestor of the Imperial family. Both shrines are protected by a series of four gated walls, with visitors being allowed to approach no further than the first gate. Note, however, that a small glimpse of the rooftop can be seen over the walls. Yay!

Traditionally, pilgrims would start with the Geku, which is a short walk from Ise-shi station. It’s not much to look at, although the surrounding forest is pretty enough. Interestingly, they still keep a ceremonial horse – once standard practice at all Shinto shrines.

From there, a 20 minute bus ride takes you to the Naiku, a much more impressive shrine that’s home to the famous Ujihashi Bridge, said to span the physical and spiritual worlds. Here, Amaterasu is enshrined in the holiest of holies, a building called the Kotaijingu. This also houses one of Japan’s Three Sacred Items, the mirror Yata no Kagami, which was said to have lured Amaterasu from her cave of darkness thousands of years ago. But you won’t be allowed to see that either, so don’t get too excited.

Assuming it isn’t teeming with tour groups when you go there, the Naiku is actually a pretty nice place to stroll around, and you could easily lose an hour or two exploring its expansive grounds. Then it’s a short walk to somewhere that’s less spiritual, but a whole lot more fun…

Okage Yokocho is just cool. Established about 300 years ago, it’s a booming merchants’ town that traditionally catered to travel-weary pilgrims in need of a bit of partying after the serious business of paying their respects to Amaterasu. The modern merchants have stayed true to this mission, and going into Okage Yokocho feels like stepping back in time.

Don’t bother planning anywhere else for lunch, because food and drink are the specialty here. Grazing is the way to go, working your way down the various stalls selling local specialties of fresh seafood and a staggering and delicious variety of things on a stick. The quality is much better than your average matsuri vendors, and there are also some great local breweries and sake makers ready to quench your thirst. Just be careful: at around ¥500 a pop, it’s easy to spend more money than you intended.

Along with the great food, Okage Yokocho has a full spectrum of traditional crafts and knickknacks, ranging from the usual plastic crap to high quality hand-carved netsuke. Hold off on the Toba pearls, though: it’s better to buy them directly from the source. If you’re game, have a go at smoking a kiseru, an Edo-period bamboo pipe fitted with metal ends. For a few hundred yen, you can load one up with some strikingly strong tobacco and relax after all that shopping. And for a heck of a lot more, you can buy one to take home with you. Just think of the looks of admiration you’ll get when you whip it out at your local izakaya…

Be sure to check the returning bus times to get back to your hotel, as it’s easy to lose track of time and you don’t want to get stuck when the stalls start shutting. Officially, Okage Yokocho closes around 18:00, but the merchants usually stay open longer if the crowds demand it.

The next stop on the tour is the Meoto Iwa, the wedded rocks, which lie off the shore of Futami (a town that’s now officially part of Ise City). This is more of a short stop than a destination, kind of like popping in to say hello, although the rocks are picturesque enough to warrant a look. Joined by a thick shimenawa rope, they are said to represent the founding gods of Shinto, Izanagi and Izanami, who are also the parents of Amaterasu. Since you’ve already visited the daughter at Ise Jingu, it’s only polite to stop by and pay your respects to the older generation, eh?

There isn’t a lot to do here other than look out at the rocks and say, “well that’s very pretty.” And you will say that. However, since you’re here, you might as well stop off at one of the great little restaurants and enjoy some beach-front beers and grilled seafood, pulled straight from the ocean in front of you. The grilled uni is especially good, and most of the eateries also stock the same microbrews sold in Okage Yokocho. You could also slurp down a bowl of Ise Udon, a local specialty created with thick noodles and a red broth.

The Meoto Iwa are a short walk from Futami station; there are plenty of signs, so it’s hard to get lost. Give yourself about an hour to an hour and a half, assuming you want some grub while you’re at it.

Next, on to Toba!

In the late 19th century, Mikimoto Kokichi invented the process of culturing pearls, thus starting the Persian Gulf War. Prior to that, pearls had been the main industry of Kuwait. Cultured pearls basically destroyed this market, so Kuwait started drilling for oil instead. You know the rest.

But that’s just a bit of trivia to frame your trip to the fantastic Mikimoto Pearl Island. This is a pure pearl paradise, where you can learn more about cultured pearls than you ever thought possible (or ever wanted to know). The on-site museum shows you Mikimoto’s innovative process, along with a collection of antique pearl jewelry and art works, including an all-pearl replica of the Liberty Bell that was created for the 1939 World’s Fair in New York. Afterwards, you can move on to the Pearl Plaza and splurge on the best the Mikimoto farms have to offer. If you want to buy some pearls, this is probably the best price for them anywhere, and people carrying an international passport can get them duty-free.

You can also see demonstrations by ama, the female divers who were the main collectors of pearls in Toba before the invention of the Mikimoto process. It’s not nearly as sexy as it sounds, as the women wear a full body costume and a regular diving mask, but they are impressive, and can stay underwater for a very long time. Of course, it’s a little bit ironic that the ama are the showpiece here, seeing as how Mikimoto was directly responsible for putting them out of business, but what the hey.

Going over to Mikimoto Pearl Island is a bit pricey, costing ¥1500. The discounted pearls make it worth the while, however, and it’s a fun place to spend an hour or two. It’s open from 8:30 to 17:30.

Next door to Mikimoto Pearl Island, and the last stop on our tour, is the Toba Aquarium. Though not on the grand scale of the Osaka Kaiyukan, it’s impressive in its own right, and is also one of only two places in the world (the other is in Singapore) where you can see a captive dugong, a species of sea cow thought to be responsible for mermaid legends.

Like many large, modern aquariums, Toba’s is sectioned off into twelve zones, each showcasing a different marine environment. While some are fairly typical, there are a few surprises – like the Ancient Sea zone, where you can see oddities such as horseshoe crabs, lungfish and nautiluses. There are two fully recreated environments, the Rivers in Japan and Waterfront in the Forest zones – the latter a very cool walk-in environment hopping with frogs and free-flying toucans. Jungle World is good too, collecting creatures from the Amazonian rainforest, and two enormous African manatees.

Because it’s a touristy area, there are a variety of places to stay depending on your budget. These are just a few possibilities:

Hinodekan Ryokan – Nice and reasonable, 3 minutes walk from Iseshi station. Rates start from ¥5000 per person with no meals, ¥7000 with breakfast and ¥10,000 with dinner included.

Ise City Annex Hotel – A decent Western-style hotel, 5 minutes walk from Iseshi station. Rates start from ¥5000 per person, no meals included, but there is a restaurant on the premises.

Oishiya Ryokan – A beautiful upscale ryokan, 5 minutes walk from the Wedded Rocks in Futami. A 2-person room costs ¥18,000 with breakfast, ¥30,000 with dinner and breakfast. 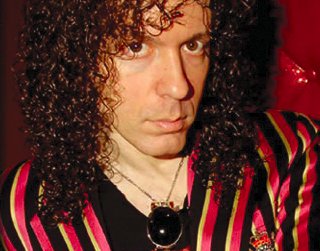 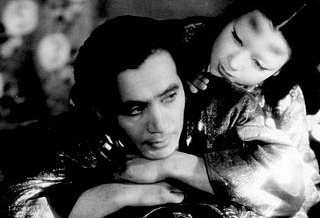 J-Horror: An Alternative Guide By Zack Davisson   There’s a lot more to Japanese horror than the vengeful, lank-haired spook-girls of Ring, Ju-on and their 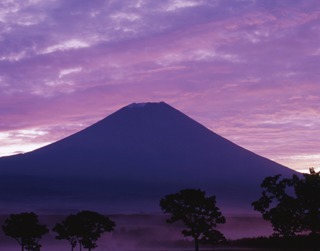